Khuru is a favourite traditional game played in Bhutan. Its similar to dart but the size of the dart is bigger than the usual plastic dart with metal tip. "Khurus" are carved out of hard-wood and there is no restriction on the weight or the size to be played. To strengthen it metal-casing is done on the lower end. A "khuru" can weight anything form 150gms to about 300gms. 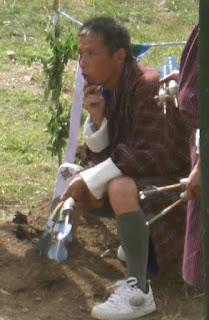 A team mate cheering his team 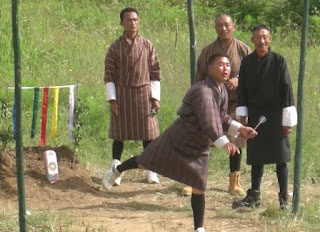 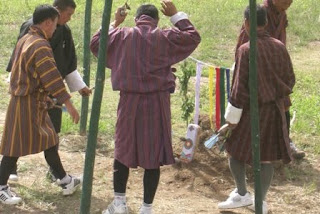 Traditional folk dance on a hit on the target 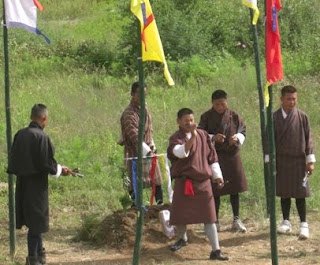 This is the way we aim at the target.


The distance between the targets is about 30 meters and the target is almost 11 inches by 5 inches.

More than just the game its the spirit of the game which makes it lively. Teams sing and dance on each strike making the game even more interesting. Cheering and jeering is the part of the game.

There is no age limit or retirement age for any players. As long as one can throw it striaght and at the target one can qualify as a player.
Posted by Pema OngC at 2:56 AM